Birthdays were always kind of a big deal at our house. When the boys were growing up, more often than not we were in a new place, and so they were great opportunities to invite new neighbors and classmates, meet parents and make new friends.

And besides, birthdays were just fun! I loved the boys’ anticipation each year as their special day drew closer. They’d describe just what kind of cake they wanted, decide what kind of cupcakes to take to school, and barter with us over how many friends they could invite over. They’d always wake to the same “Did you grow?” question, and then run to measure themselves on the traveling height stick that served as our proverbial but transportable door frame.

Through the years we had pool parties and hockey parties, bouncy houses and paintball wars, Super Bowl sleep-overs and Capture the Flag at midnight-overs.

And inevitably, with summer being the height of military move season, some years Cameron’s birthday looked like this: 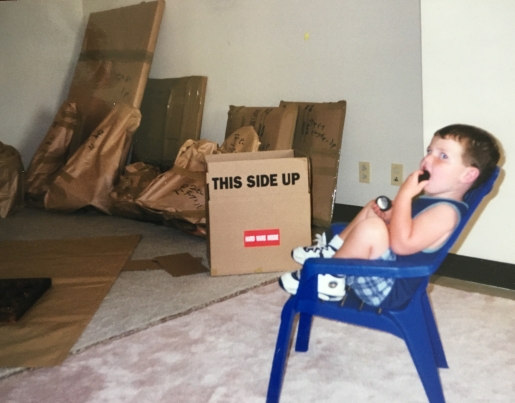 But we’d find a time to celebrate anyway, and sometimes it looked a little less barren and a lot more fun! 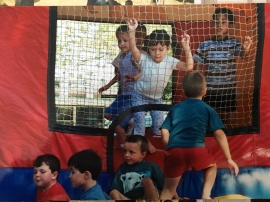 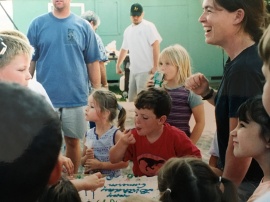 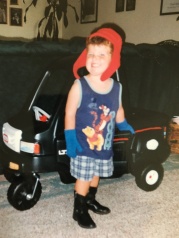 There were some pretty memorable birthdays for other reasons too. Like the year the boys and I camped our way along the coast, eventually making our way into the heart of Olympic National Park. We awoke to cascading waterfalls and natural hot springs, and after some beautiful hikes and relaxing soaks, we packed up our campsite and filled up the car, only to find it liked the spot right where it was, and wouldn’t start for all the pleases, pleadings and cables in the world. So instead of making our way to the next epic camping spot, we spent Cameron’s birthday day being epically towed 60 miles out of the park by a young man not much older than my boys. He had a cell phone in one hand and a spit can in the other, and he practiced that balancing act by passing two-trailered logging trucks around blind corners at increasingly warp speeds. With two seat belts spread across the four of us, we all had a front row seat to the show, and we were pretty positive it was the last one we were going to see. Even the usually stalwart Jake found the edge of his cool composure on the tow-coaster ride that day.

So yes…memorable comes in many forms! But a birthday is a birthday, and I think Cameron’s deep-fried, ice cream topped cinnamon tortilla at the cheap Mexican restaurant we found that night was every bit as good as the campfire s’mores birthday cake we had planned.

Why? Well, because we had tempted fate and won, for starters!  And because we were together on a special day, and of course by the end of it, my new shock of gray was simply their latest and greatest adventure…

So birthdays could be pretty fun, if not a little fearful around our house.  Thankfully there weren’t too many of those latter ones through the years, but it did give us a great reminder of how precious life is, and how any situation can give itself over to make the most of, even if the details aren’t quite what you had planned.

This week, I wanted to remember those days. I needed to remember those days and the promises they delivered on year after year. The fun they brought, and the smiles and laughter we shared. And so I took a deep breath and held, opening my heart as I opened the albums to the reminders of those special days. The ones that would help my heart remember the joy and promise. The ones I hoped would imprint themselves ever deeper, capture the joy in each frame, translate it through the years, and shine itself right into now.

Because now is hard.

After losing a son-sized part of your heart, there are some big tough days you anticipate having to steady yourself to get through. There are seasons where memory and grief rumble through relentlessly, tangling themselves up in each other as the days march on in fierce persistency.  Then there are other days you just can’t anticipate as easily.  Red-letter ones for sure, but cast in shadow until they’re close in upon you.

…Like the day your youngest turns the age your oldest will always be.

My mother’s heart doesn’t yet know how to wrap that up in something other than sadness and longing and disbelief. It’s so …out of order.

And I guess that’s why there’s nothing orderly about grief.

But here we are, and here it is that my boys have reached the same age.  And though I can’t help but think how next year’s birthday will add its own layer to this complicated journey, in the end, my heart’s biggest desire is the same as it’s been every year.  To give Cameron the things we always strived to give: laughter and fun and joy and promise.  All the better if wrapped up in a yummy cake, shared with friends and family, and served up with a big dish of hope for all that’s next.

If I could gift him anything, it would be that. Hope. I’d take his pain and wrap it up and ship it off to no address anywhere. In return, I would wrap up hope and promise and a belief in what’s ahead. A striving to look past today and see all his tomorrows can hold.

I would give him the ability to see his dreams fulfilled through his own making and doing. To strengthen his belief that if he can dream it, he can do it.

I would help him see the piece of land he yearns for, in the place that fits him like his favorite pair of blue jeans. See the wife I pray for, the one who will see and speak love to his heart, and give the babies I know will soften it. I’d help him see the horses he longs to ride, the truck he’d love to tinker with, the faithful canine companions to walk through chores with, and the peaceful, inspiring places to practice and hone his craft within.

I would give him the vision to dream it, and the belief in the ability to do it. To turn toward hope and let that soften and settle itself into the numb and hardened spots, with renewed believe in what the future holds.

Truth be told, I would give that to both of us.

We lost the same person, he and I.  A son to me, a brother to him.  We know the pain way too intimately, and though we can’t know each other’s in quite the same way, for both of us I think it’s a lot like living in a shadow with a long stretch ahead. 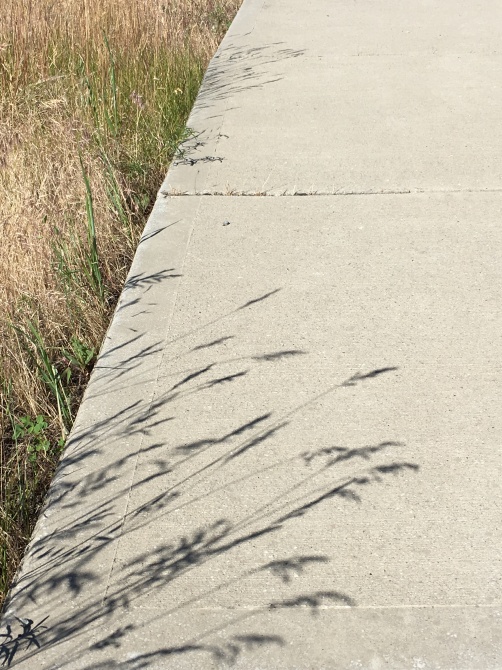 I can’t change that, no matter how many candles we light and wish upon.  But for this birthday year and always, I can pray for some of that color to return.  I can pray and practice the ways to add some paint to the shadows we live in.  And perhaps together, he and I, we can help each other remember to dream again.

Happy Birthday Cam.  I love you and want you to know…

Welcome...
I'm Keirsten, and Finding My 313 is where I sometimes write the hard stuff about why I write. But it’s also where I write the reminders of hope. And in a life punctuated by tragic loss, I most definitely need the reminders... There's a needed peace for me in the act of connecting the words, and as words become stories and begin to unfold, don’t they also intertwine? I'm ever searching out the spaces where stories intersect, where hope becomes a tangible to hold onto, and where hearts and hands connect.